Located in the city of Serra Grande (BA), the Caobijubá Institute is a non-profit institution, legally established in 2008, which began its work in 2004 in order to promote cultural and educational activities. The number of members is composed of practitioners, instructors and supporters of the activities carried out under the direct guidance of the masters and creators: mestre Cabello and mestre Tisza. 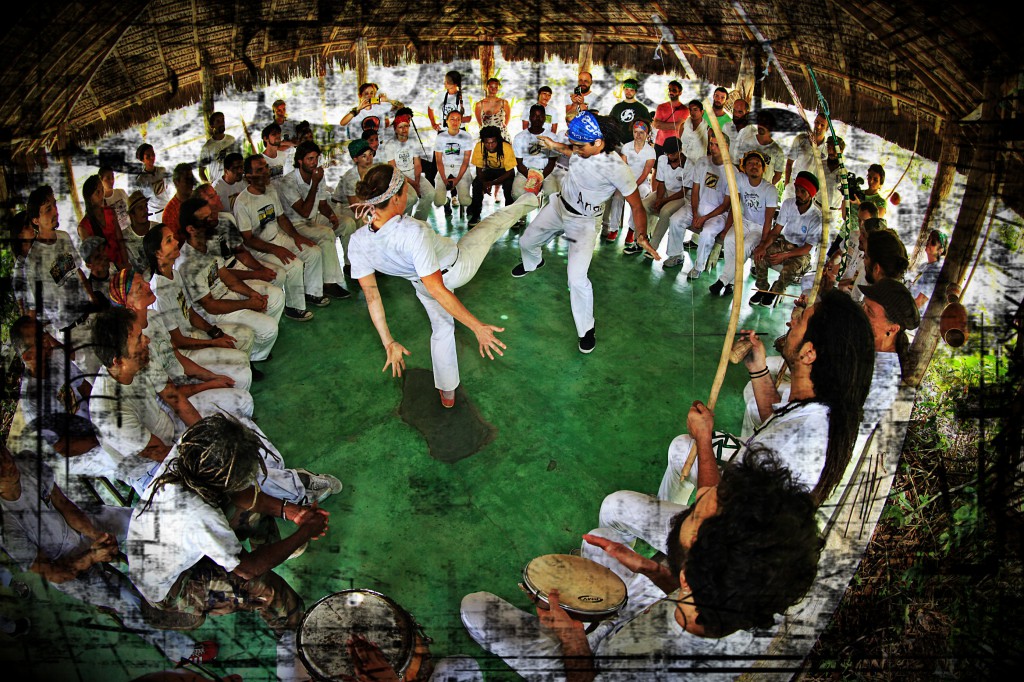 With a focus on preservation and disclosure of events related to the Afro-Brazilian culture, its activities are concentrated in two venues Cultural Farm Ouro Verde and Permanent Cultural Center of Serra Grande Barracão D'Angola, which are promoted capoeira Angola lessons, percussion, dance, manufacturing musical instruments, hand sewing, maracatu, cooking and other expressions of Brazilian culture. The Barracão D`Angola was awarded the title of Cultural Department of the State of Bahia (Brazil) in 2012 as recognition for the work reference in Community culture area. In 2014 Barracão D`Angola also recognized in his work for the maintenance and perpetuation of Brazilian culture, received the award from the federal government "Cultura Negra" of the Palmares Foundation (Ministry of Culture Brazil). The OuroVerde Farm is the particular location for the realization of events and agro-ecology and bio-construction workshops. 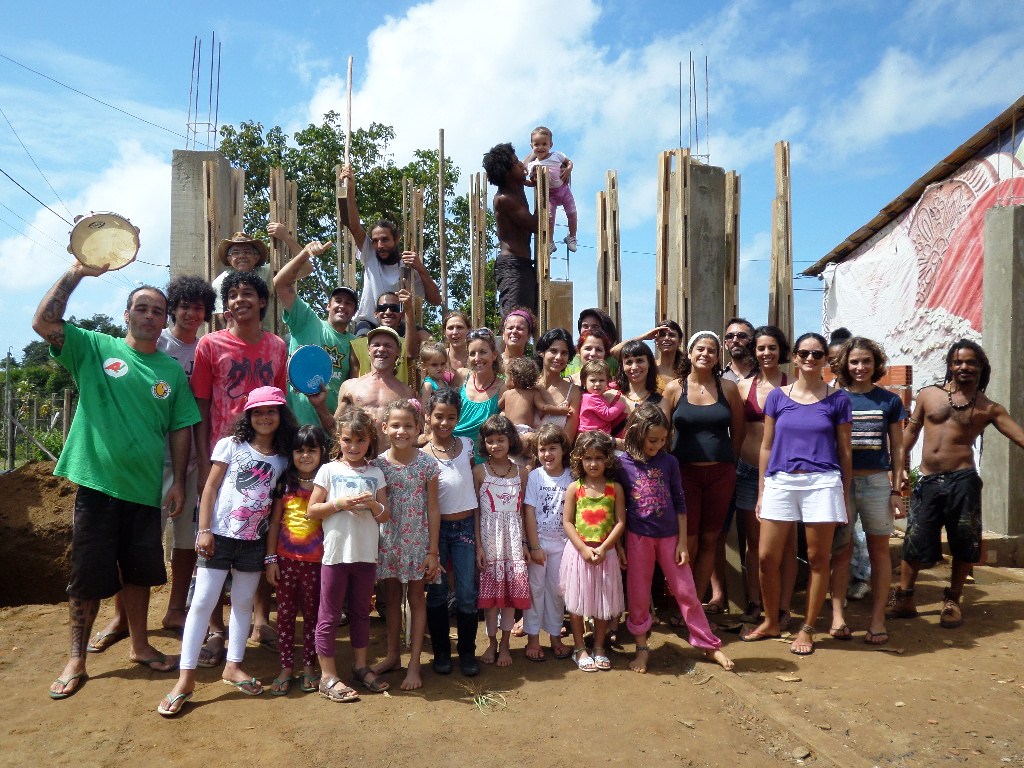 The Caobijubá Institute works since 2004 with community-based tourism, housing and encouraging visitors to be closer to the everyday life of Serra Grande and so part of the natural rhythm location, providing the community involvement and bringing business to small business owners and residents, with cultural exchange for everyone. This work aims to provide the community and visitors, learning and cultural exchange in providing a sustainable pace that tourism in the region is heated not only in high season but throughout the year. From the beginning the work done was environmental nature and preservation, attracting an audience interested in traditional and local culture, environmental preservation and education. We believe in bringing more conscious visitors and enriching the knowledge of the local community, open horizons and value the identity of this community with the awareness of the staff of each individual value. So not only is tourism stimulated but the permanence of the local community is ensured since the economy is heated and then the distant knowledge becomes closer. 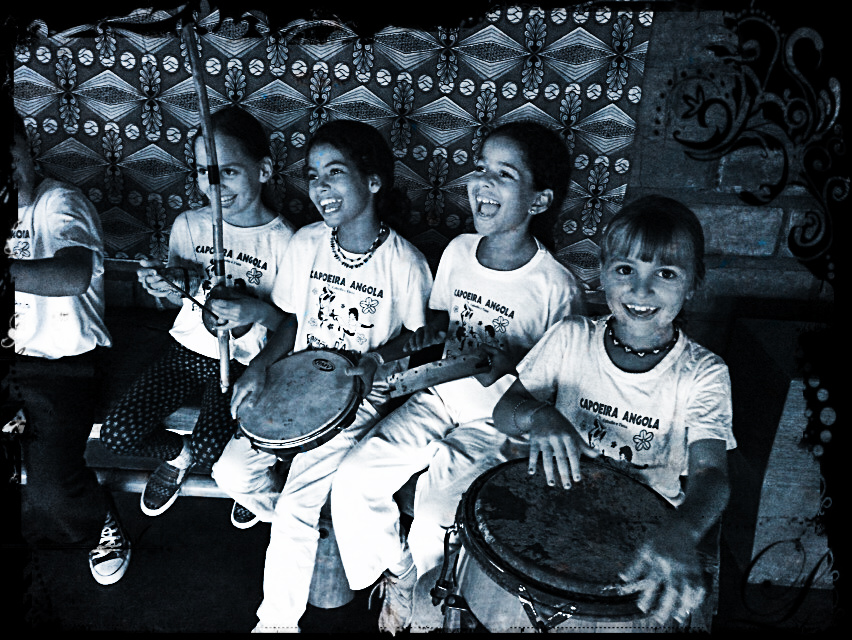 Throughout its history included among the structuring activities, themes related to the preservation of the environment with emphasis on permaculture, bio-construction, reuse of technical material / "trash" and manufacture of musical instruments, using with conscious preserve the diversity of the local flora. The Caobijubá Institute organizes events that perform classes and public performances of capoeira Angola, folk dances and Brazilian percussion in the rural village of Serra Grande. Through the activities the Institute provides the recovery and strengthening of popular knowledge, makes the maintenance of Bahian culture and educates young people heading to the principles of citizenship through such knowledge. It brings together a mixed audience, with participants: children, youth, adults and even the elderly community. 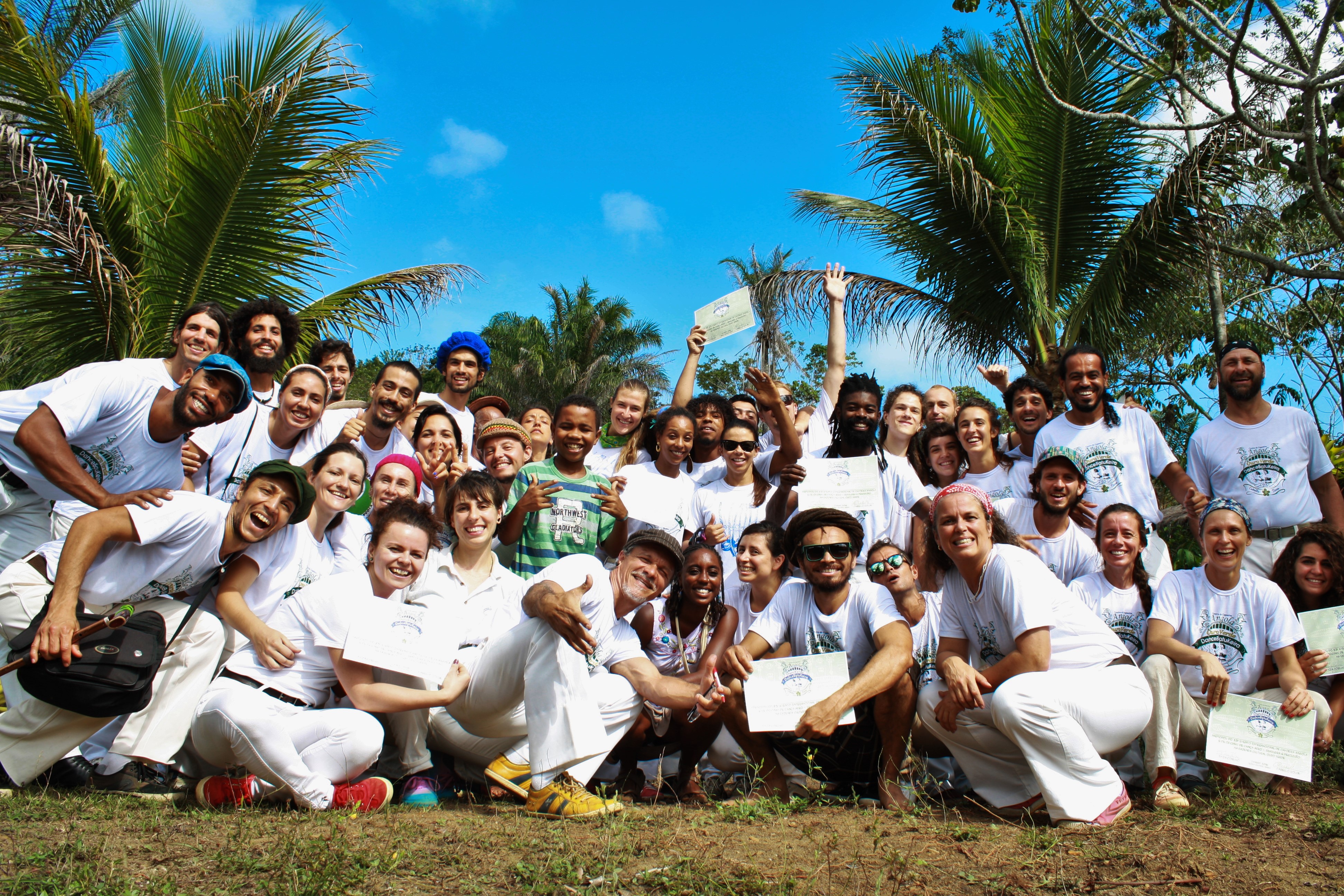 Objectives of the actions of the Institute Caobijubá • Keep alive the basics , game, ritual , philosophy and memory of capoeira Angola .• Perpetuation of knowledge through oral traditions and methodologies.• Disseminate capoeira as a field of knowledge and own rituals of Afro-Brazilian culture.• To create opportunities for children, youth and adults access to Capoeira Angola practices , percussion , manufacturing of traditional instruments , dance and other knowledge• Provide ideological instrument that dialogue with the educational practices in human rights.• Provide cultural and educational support for the formation of subjects of rights and duties in society.• To promote socio-cultural and educational activities with the various stakeholders.• Reuse of disposable materials   the Institute Caobijubá Target Audience  The Caobijubá Institute organizes and provides classes and activities for all ages at its headquarters (children from 1 year and a half , youth and adults ) continually are held throughout the year classes of Capoeira Angola, percussion, dance, sewing , maracatu and crafting instruments. Special attention is devoted to the poor community, for which it is offered full gratuity.The Cultural Center Barracão D`Angola is a  school and aims to form multipliers able to continue the perpetuation of work and strengthening of oral culture, training of professionals in this area , and of course be a continuous space where the community can express themselves and find activities as tools in their personal growth throughout life . 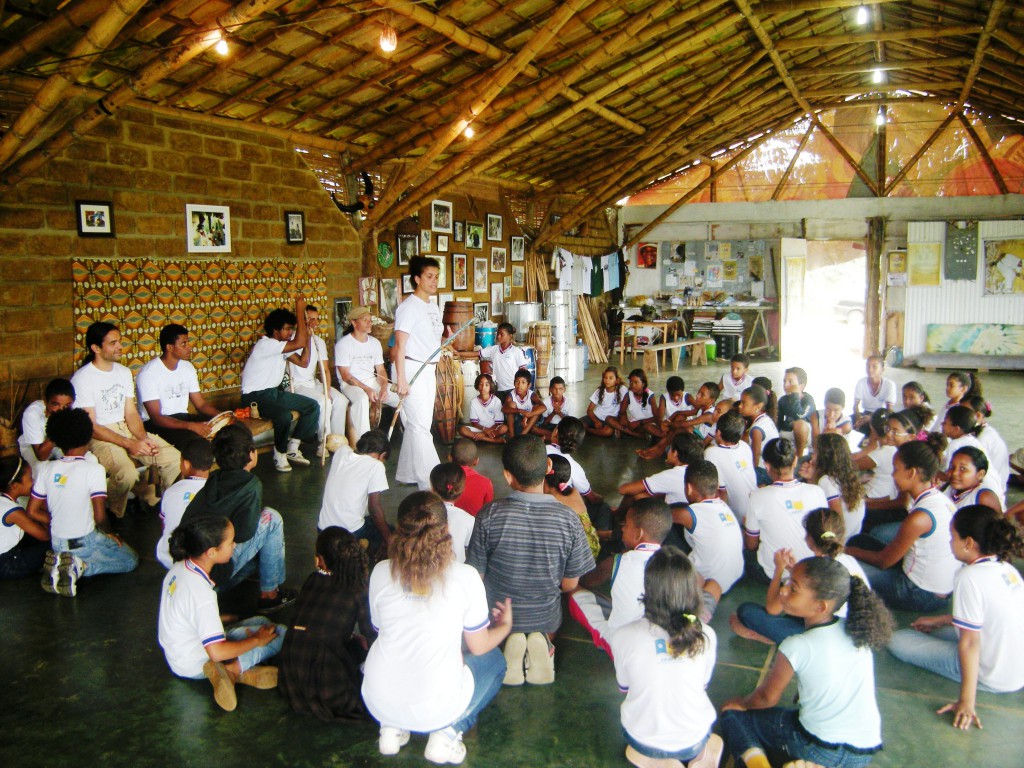