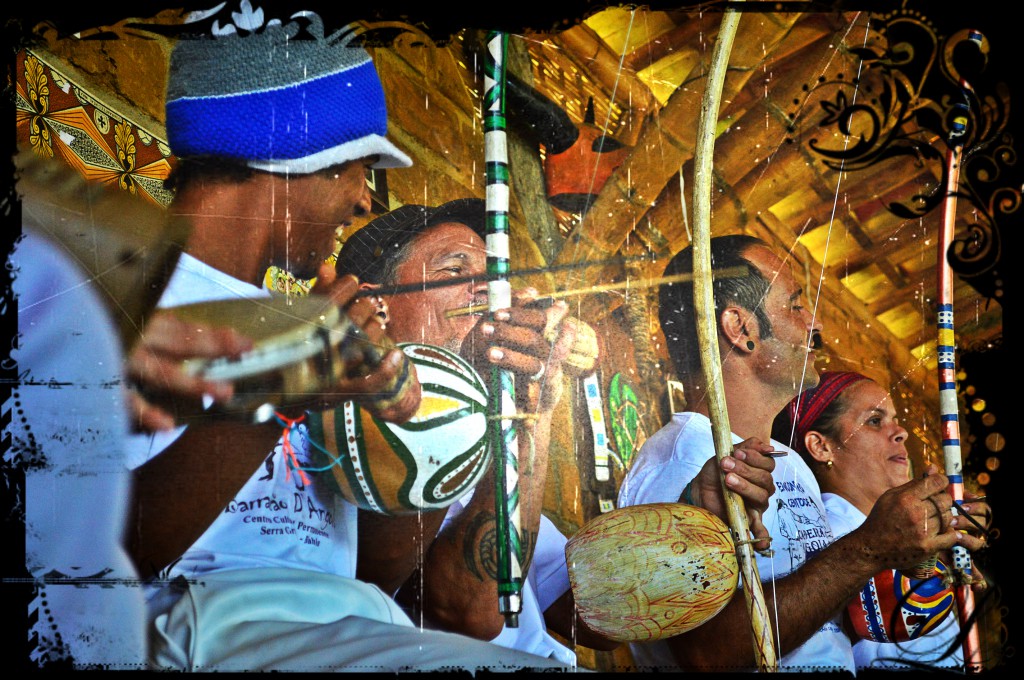 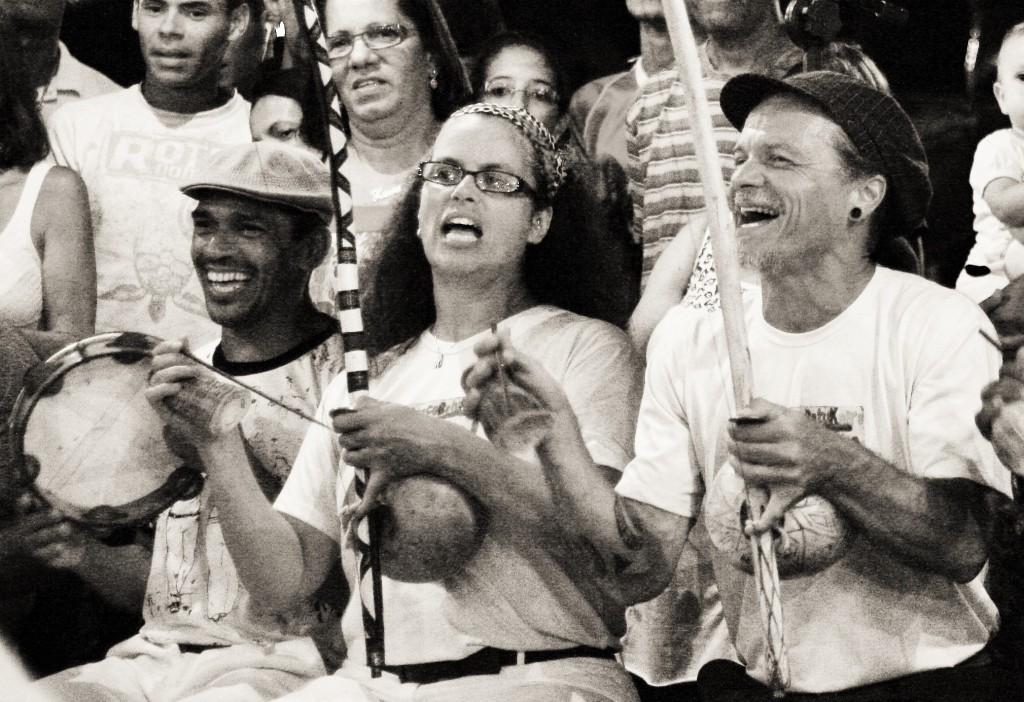 We started our work in 2003 in Fazenda Cultural Ouro Verde, a 75 hectare farm just 4km from the village of Serra Grande. Here we have built our home and capoeira training facilities using ecologically-minded construction methods,Because of our continued involvement in the community of Serra Grande, we decided to build a new training facility and community center within the village limits to allow us to be even more accessible to the residents. Read more...

Invites all (started in Capoeira or not) for Capoeira Angola , Afro-Brazilian music, dance and samba de roda experiences in the village of Serra Grande, Bahia, Brazil. Come to learn, share and celebrate with us and our guest masters. Experience,move, practice, sing , drumming, dance and music lessons, maculelê and Capoeira with berimbaus, tambourines, agogô, and drums, Barracão's samba de roda and the celebration of the OuroVerde family reunion and the 16 years of the Capoeira Angola OuroVerde Center, come to know our forests and beautiful beaches, we will have a walk in the woods to recognize native trees such as Biriba, tucum, Dendê, Massaranduba, jacaranda and others that make up the universe of Capoeira. lots of capoeira and samba circles and forró dance parties !

R$ 500 OFFER! Paid until December 15, 2019: includes event T-shirt (R $ 35), classes, rodas and activities during the event, accommodation at the OuroVerde farm breakfast camp. Does not include food and transportation.

R$550-After December 15, 2019: Includes classes, rodas and activities during the event, accommodation at the OuroVerde farm breakfast camp. Does not include food, t-shirt and transportation.

R$225– Only camping or stay at OuroVerde farm from 15 (wednesday) to 19 (sunday) with breakfast (food, classes, wheels and activities are not included).

R$45– per night at the farn during the event.

Please note our activities at the Barracão will take place every day before and after the event if you plan to arrive earlier or stay later.